Movies not to be missed on Amazon Prime in India, keep reading on! Amazon is one of the world’s largest channels, and they have some fantastic selected shows available. Amazon Prime is one of the most well-known OTT services, with a broad range of genres of shows that will keep you hooked for hours.

Lincoln is a re-enactment of a film from the past and stands top amongst the best movies on Amazon Prime. It’s a biographical historical drama based on Abraham Lincoln. This definitely has to be on the list for movies not to be missed on Amazon Prime in India. If you enjoy history, you will undoubtedly enjoy this film, which revolves around Abraham Lincoln and his genius policies of running the constitution of the United States of America, demonstrating his policies of how to run a government as he was rightly referred to as Honest Abe.

Big sick, contrary to its name, will not make you sick but will keep you ROFLing on the floor with its amazing comedy delivery. This next best movie on Amazon Prime revolves around a guy from Pakistan who falls in love with his girlfriend, who is in a coma after suffering from an illness.

Dog lovers, get ready with your tissues because this is one of those films that will make you cry. Hatchi is the story of a small dog who has a special bond with his owner. After his owner’s death, he has no idea where he went, so she returns to the same location where he last saw his master for years!

Sudeep, also known as Kiccha Sudeep, is one of the most praised stars in the Kannada industry. He has undoubtedly delivered some of the greatest hits in Kannada and other regional languages, but he also has a strong personality that will keep you hooked. Kotigobba 3 is a sequel in which Satya becomes an international criminal, making him a target for many of his enemies.

6. Blow the Man Down

In a remote fishing village on the coast of Maine, two sisters (Morgan Saylor and Sophie Lowe) cover up an accidental murder, the mystery of which begins to take over the rest of the town as local law enforcement works to solve it. This dark comedy, written and directed by Bridget Savage Cole and Danielle Krudy, was secretly one of the best reviewed movies of 2020 and largely overlooked, with all-around great performances and character actors June Squibb and Margo Martindale going head to head.

Jean-Pierre Jeunet’s film Amélie was a huge hit internationally, but you might have missed his even more fantastical previous film, which he co-directed with Marc Caro. I decided to put this movie on the list for Movies not to be missed on Amazon Prime as the storyline is enchanting and different. A strange being lives in an abandoned oil rig and, aging fast due to his inability to dream, kidnaps children from the nearby port city on the coast and steals their dreams to prolong his life.

Beautiful Boy is a movie that is based on a true story that first appeared as a best-selling serialized memoir. It’s about a son’s journey through drug abuse and how his relationship with his father evolves. The son is played by Timothée Chalamet (Call Me By Your Name), Carrell is the dad. As you can probably guess, the themes of drug addiction and family are made to induce tears. It can come across as somewhat emotionally manipulative at times. In those moments, it helps to remind oneself that it is based on a true story.

A hilarious and smart comedy that is almost impossible to hate. You will find The Disaster Artist extremely enjoyable. It follows the true events surrounding Tommy Wiseau’s making of The Room, a movie so bad it actually became a worldwide hit. Tommy’s character, played by Franco, is 100% mystery. He pops out of nowhere and does and says things that contain little to no logic. Capitalizing on this, the movie is both absolutely hilarious and intriguing from beginning to end.

Every once in a while there are movies that expand the definition of quality film-making. This is one of those movies. Here is an incredible movie that follows three children from poor families who are stuck living in subpar motels. Their lives and friendships are portrayed with honesty and precise aesthetics. It’s a story that at first seems as plot-free as life itself. It succeeds in capturing an innocence that is usually reserved to a child’s imagination. A precarious living condition full of adventures and fun. It’s the kind of film that must be seen to be fully understood and it ends on a very high note.

Do let me know what you think about this list of Movies not to be missed on Amazon Prime in India! Also, don’t forget to check out some cool articles and reviews here. 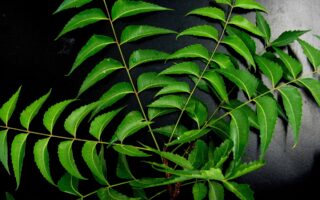 How to use Neem for Skin and Hair 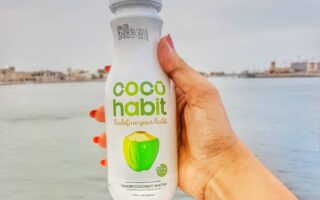 Cocohabit- Goodness of real coconuts in a bottle. 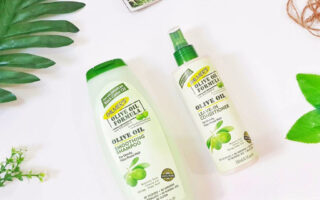 Happy Feet brought to you by Palmer’s Foot Magic